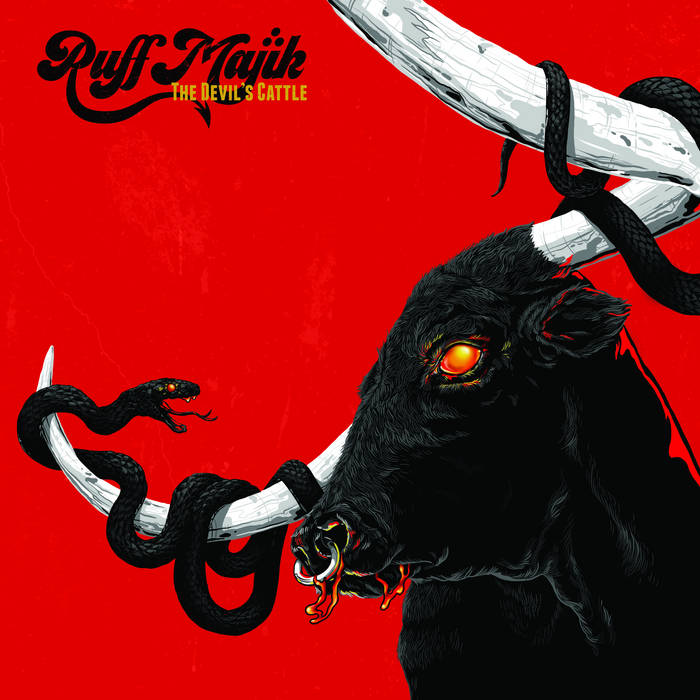 Charlie Hodgson This is music to drive a V8 muscle car to, a nice variety of tracks ranging from the loud and full bodied shrug of the year to the more relaxed tunes like gregory. The middle part of the album sounds a lot like queens of the stone age and that's no bad thing, if you're thinking about buying then you should. Also the download comes with pdf files of the digital booklet complete with lyrics and there's some nice art work on it. Favorite track: Shrug Of The Year.

Madhias My favorite album for 2020 easily, I don’t even know which track to set as favorite because all of them are awesome!

"The Devils Cattle" was written between Johannesburg, Pretoria, Bourlon, Berlin and Oyster Bay in 2019, whilst Johni Holiday and co. were hopping between locations during a very busy year.

The year 2019 saw many changes to the band, including new touring line-ups, the departure and return of founding bassist Jimmy Glass, a deal with a new record label, as well as the addition of new members. All of this served as inspiration for the lyrical and thematic content of the album, which deals with substance abuse, fear of isolation and failed relationships.

The album was penned by Holiday, and recorded in separate sessions between September 2019 and February 2020 at Backline Studios in Johannesburg, along with multi instrumentalist, producer and new member Evert Snyman, as well as a rotating cast of guest musicians.

"TDC" is a love letter to rock 'n roll - every nasty inch of it.

All artwork by Ale & Cake Illustration

Benji B talks about his new compilation ‘Deviation Classics’