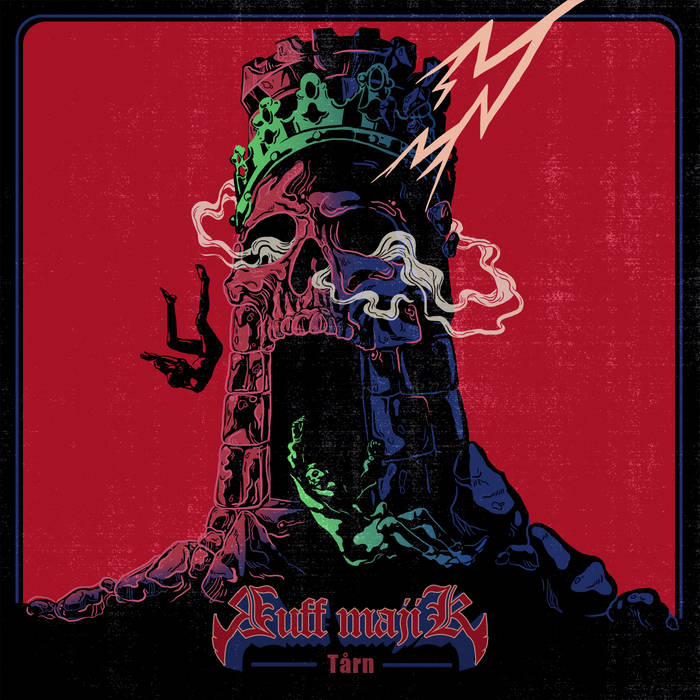 Stoner Doom Microdosing This is the most listened album in my collection, just can't get enough of it. As dirty as it gets. Favorite track: Gloom & Tomb.

abnormal_listening_habits This is a triumphant return and bringing their best and darkest release yet ! Vocals remind me of a young healthy Layne Staley they are extremely strong on this album.

Johnathan Breytenbach The boys from SA are killing it with this release! Saturated in fully fuzzed out riffagery and abundant speed, this album certainly is a welcome change of pace whilst sticking true to their core concepts. I couldn't be prouder. Well done lads. Favorite track: Speed hippie.

The album was recorded in October 2018 at Backline Studios with long time friend and collaborator Evert Snyman at the helm of the production.

As always, the band was very specific in their methods of recording, doing only one live take per song, with minimal overdubbing for extra guitar and vocal layers.

After the recording process was completed, the band made the decision to send the album through to Audiosiege for mastering, seeking the same mastering process as many of their favourite bands.

Lyrically the songs stem from intense experiences surrounding the band since early 2018, since the passing of a family member, and the coping methods and substances the band used as a form of escapism.

The album title, "Tårn" (Norwegian for 'Tower'), was decided on in early 2019. It's loosely based on the idea of the tower tarot card, usually used to signify danger, crisis, destruction, and liberation. It is also associated with sudden unforseen change.

Recorded and mixed by Evert Snyman at Backline Studios, Johannesburg, South Africa.
Mastered by Brad Boatright at Audiosiege, USA.
All songs written and performed by Ruff Majik.
All lyrics written by Johni Holiday.
Vinyl release via Lay Bare Recordings from The Netherlands.

Special thanks from the band to Plug Music Agency, The Black Lodge and Lay Bare Recordings.